Genome editing technology to correct the mutated dystrophin gene
The Duchenne Research Fund has awarded a £200,000 grant to the team at the Hospital for Sick Children in Toronto, Canada (‘Sick Kids’), who are working on using CRISPR/Cas9 technology to correct duplication mutations for Duchenne.

Sick Kids’ President and CEO Dr Ronald Cohn has already had significant success as the first researcher to correct duplications in human cells in the lab, using CRISPR technology. Dr Cohn, Daria Wojtal and their team have since been working to achieve the same results in mice that have Duchenne duplications, and have so far seen exciting results.

The aim is to translate this into boys and young men with Duchenne in the future.

Although CRISPR has been widely used as a research tool, its potential in far-reaching therapeutic applications has largely been unexplored, explains Dr Cohn. “CRISPR is the most important technology that I have encountered in my scientific career thus far. Working with patients and families with genetic disorders, I’m often in a position where I can provide a diagnosis, and perhaps supportive care, but no treatment. CRISPR could change that. It could revolutionise the way we care for patients with currently untreatable genetic conditions.”

Duchenne muscular dystrophy is caused by a mutation in the dystrophin gene, which results in the absence of full-length dystrophin protein, needed to protect muscles. Without this protein, the muscles waste.

Current gene therapy clinical trials involve administering a ‘microdystrophin’ – a shortened form of the correct gene – with the aim of overriding the effect of the mutated gene. The dystrophin gene is the longest known gene in the body, and a full-length version is too large to deliver into the cells using existing drug delivery technology, so this shortened form is used.

Click here to read about the team’s previous success.

Check back here and in our news section in the coming months to find out how this project is progressing. 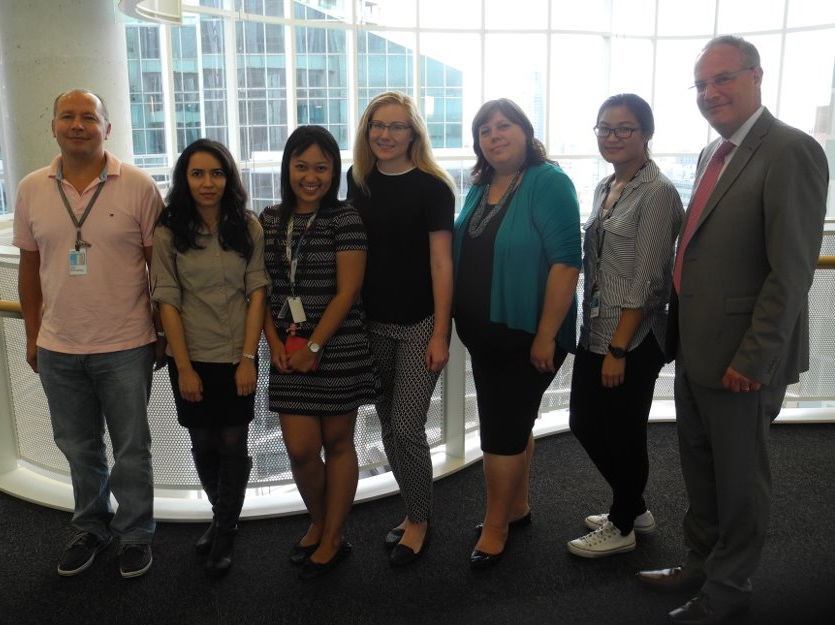 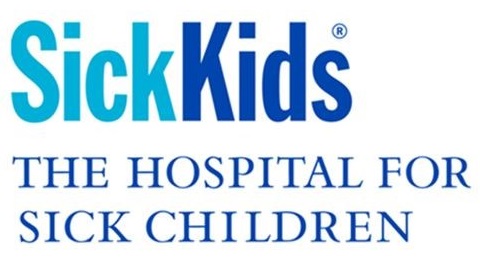 How does CRISPR differ from other treatment approaches?

The image below provides a visual representation of how CRISPR differs from treatments currently in use or being trialled for Duchenne. 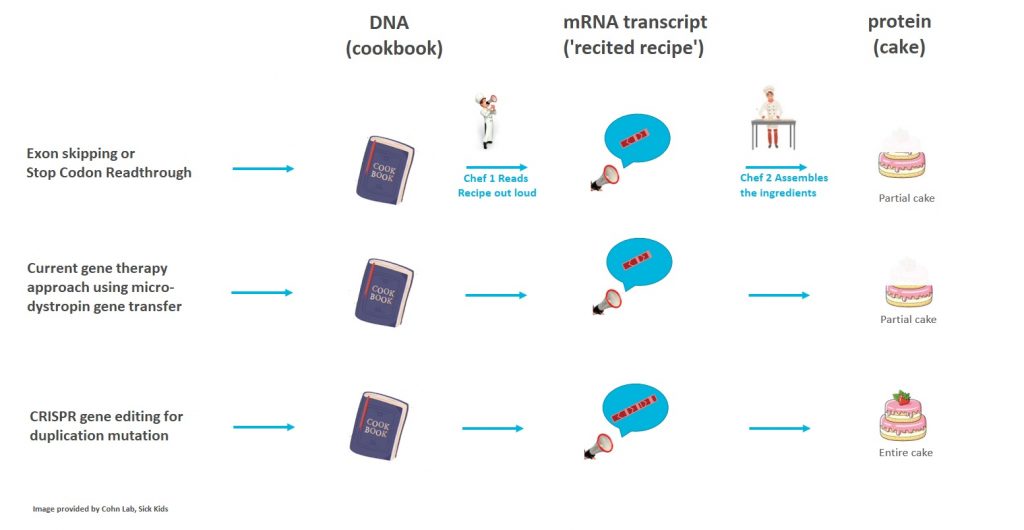 Within our genes, DNA code (represented in the image by a cookbook), is transcribed into mRNA (akin to the reciting of a recipe). This then provides the information needed for the correct protein to be produced (the cake). When a mutation is present, this process is disrupted, and the protein is not produced adequately or at all. In the case of Exon Skipping, Stop Codon Readthrough and gene therapy treatment approaches for Duchenne, the result is a partial cake. As explained previously, in the case of gene therapy, this is due to the use of a shortened form of dystrophin. The CRISPR approach aims to produce the whole cake, thereby maximising the amount of protein produced.

Watch the highlights of An Evening with the DRF

Watch the highlights of Gavriel Rosenfeld in conversation with Dr Ronni Cohn at our virtual Evening with the Duchenne Research Fund. More than 500 people watched our virtual event to hear Gavriel talk about living with Duchenne, mental health, juggling school and hospital visits, and more … 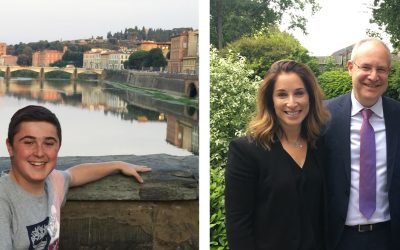 On Wednesday 17th March the Duchenne Research Fund hosted a virtual evening giving supporters an update on ongoing research funded by the charity. We were so thrilled that Gavriel Rosenfeld, the son of the DRF’s founders Kerry & Doron Rosenfeld, joined the virtual event … 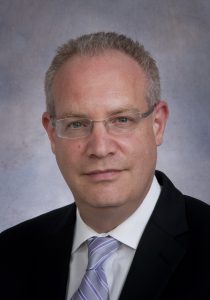 We are delighted to share the news that Dr Ronald Cohn, the head of the DRF’s Scientific Advisory Board, has been made President and CEO of the Hospital for Sick Children …

Learn more about what we fund.

Catch up on our fundraising and research progress.