The only current standard of care for boys with Duchenne is early treatment with long-term steroids, which gives some protection to muscles but with significant side effects. In July 2014, alongside three other Duchenne charities, the Duchenne Research Fund helped fund a $2.1 million Phase 1 clinical trial of Vamorolone – an alternative anti-inflammatory drug that aims to maximise the benefit and minimise or remove side effects.

Vamorolone has been studied in a series of clinical trials in both adult healthy volunteers (Phase 1), and in Duchenne boys (Phase 2).

The Phase 1 studies were carried out in 2015 in 86 adult volunteers, who received a wide range of doses. The studies have been published and showed that Vamorolone was safe to the highest doses tested.

We were delighted to hear that in March 2016 the project received a further £4.6 million of funding from an EU grant known as Horizon 20/20, enabling the clinical trial to progress to Phase 2, which enrolled 48 Duchenne boys aged 4-7.

In June 2018 ReveraGen shared results from its international clinical trial, which showed dose-related improvements of multiple function tests of strength and endurance. Click here to read the press release.

The large majority of the boys enrolled in the studies, their families and their physicians expressed a desire to continue treatment with Vamorolone after they had completed these initial clinical trials. A two-year long-term extension study was then implemented. Click here to read the press release about the completion of the long-term study in 2020.

The charities contributed the original funds under a co-ordinated venture philanthropy model, providing return on investment based on future drug sales. Vamorolone has been shown to be effective in animal models of Duchenne muscular dystrophy, and clinical trials in humans are now under way – in part, thanks to funds we and our partner charities have donated.

What are the benefits?

In studies, the drug reduced inflammation and stabilised cell membranes, both of which are believed to be relevant to treating Duchenne, a disease in which muscle fibre membranes are unstable. The drug is thought to have similar properties to steroids such as prednisolone, which up until now have been the cornerstone of treatment for boys with Duchenne. The benefit of Vamorolone, however, is that it has significantly fewer side effects than existing steroids, which can be life changing in themselves. Side effects include diabetes, high blood pressure, osteoporosis, short stature and weight gain. 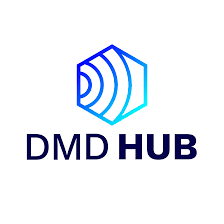 The DMD Hub is launching the Central Recritment Pilot Project, aiming to create a database of families interested in take part in clinical trials …

We are pleased to share Solid Biosciences' latest update on the IGNITE DMD gene therapy clinical trial. Data after two years suggests that patients' motor function and lung function are improved compared to the declines that would be expected without treatment. The...

An ‘In Case of Emergency’ app has been launched for Duchenne patients and their families, as part of the DMD Care UK project …

The devastating impact of steroids

Click here to learn more about the effects that current steroid treatments have on boys with Duchenne.